Carnivals and fairs are a lot of fun, but they also present unusual risks that must be effectively managed. To help you ensure a safe time for all, please consider the following recommendations. 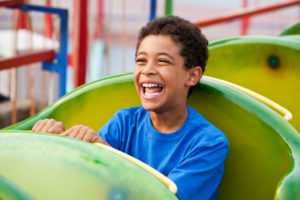 Please note that some activities/equipment, such as the use of trampolines, are excluded from our insurance coverage. Be sure to speak with the Office of Risk Management about the specific activities you will be engaged in and equipment you will be using.

When using vendors, always insist on a contract and be sure it includes a Hold Harmless and Indemnification clause, which protects your parish/school and diocese from claims resulting from the contractor’s services. In its simplest form, the clause states, “[Contractor] shall defend, indemnify and hold harmless [your parish/school], the Roman Catholic Archdiocese of Boston and Cardinal Sean O’Malley, a Corporate Sole, from any and all actual or alleged claims, liability, loss, damage and/or injury arising out of or incident to any acts, omissions, negligence or willful misconduct of [contractor] and its personnel, employees, or agents.” If the contract does not include a hold harmless and indemnification clause you may copy and paste the example statement into the contract, or add the clause as an addendum to be made part of the contract.

In addition to a contract, be sure you obtain a Certificate of Insurance from all vendors. The certificate should name your Parish/School, the Roman Catholic Archdiocese of Boston and Cardinal Sean O’Malley, a Corporate Sole as additional insured for the scheduled event. The certificate must show evidence of general liability insurance of at least $1,000,000 per occurrence and workers’ compensation insurance of $500,000 per occurrence for bodily injury.

In addition to making sure you are contracting with a company that is licensed, be sure they are reputable. It is also a good idea to check references of the last two or three clients for whom the company did work. Be wary if the company is not willing to provide recent references.

ALWAYS request a Certificate of Insurance from the carnival ride vendor. The certificate should name your parish/school, the Roman Catholic Archdiocese of Boston and Cardinal Sean O’Malley, a Corporate Sole as additional insured for the scheduled event. The certificate must show evidence of general liability insurance of at least $2,000,000 per occurrence and workers’ compensation insurance of $500,000 per occurrence for bodily injury.

When renting an inflatable, the Massachusetts Department of Public Safety recommends asking the following questions:

Before the carnival begins, be sure you inspect the area where the inflatable is set up and check for the following:

While the carnival is in progress, periodically check on the equipment and operators. Is the operator allowing the capacity to be exceeded? If it looks like there are too many children in the device, chances are you are correct.

According to the Centers for Disease Control and Prevention, foodborne illnesses increase during the summer months, mainly because people are cooking and eating outside at places like fairs and festivals. The usual safety controls that a kitchen provides may not be available when cooking and dining at these events. It is important that you educate staff and volunteers to take food safety steps that are necessary to prevent illness:

Insist that your carnival ride vendor post any important safety reminders prior to getting on the ride and any safety reminders when getting off and or exiting the ride. It is recommended that you include this requirement as part of the agreement.

As mentioned in the Site Safety section of this article, it is good practice to designate a staff member or volunteer to document any incidents or accidents that occur. Please make sure accidents and injuries are reported as soon as possible. See our Forms tab for more information on general liability and property claims.

Safety precautions and effective supervision are key elements to ensuring a fun, safe and successful event. Please contact the Office of Risk Management with any questions or concerns: 617-746-5742.