A data breach incident reaches far beyond the individuals whose identities are stolen. The school or parish responsible for retaining the data may be held liable, having a financial impact as well as an impact on the parish or school’s reputation. Because of the considerable exposures and risks of data breach, it is vital that our parishes and schools have a response plan in place prior to an incident of data breach. 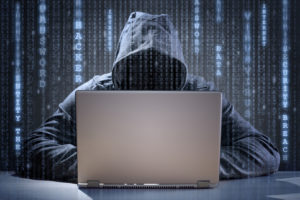 What is a Data Breach?

A data breach generally refers to an organization’s unauthorized or unintentional exposure, disclosure or loss of sensitive personal information, which can include personally identifiable information such as Social Security numbers or financial information such as credit card numbers.* Just this past January, the Associated Press reported that the computer networks of a California college had been infected with software viruses that illegally transmitted personal data from students and employees to locations overseas, effecting up to 100,000 students and 3,000 employees. Illegal software installed on college computers had recorded keystrokes and took screen shots to capture user information, sending the data to China, Russia and other countries. School officials responded by notifying students and staff of the breach, removing the viruses from its servers and computers, strengthening network security at the school, and advising students and staff to avoid online activities on campus computers that require passwords or personal information.

What To Do in the Event of a Data Breach

In the event that a data breach occurs, it is critical that the incident be addressed immediately. The response will be most effective if there is a plan in place before the incident occurs. For this reason, the Office of Risk Management (ORM) has identified a comprehensive emergency response team and has developed an action plan specifically designed for incidents of data breach. In partnership with Kroll Investigative Services, we can provide you with access to high quality support services such as credit monitoring, credit repair, and counseling. The following is a summary of the data breach services now available to you through the ORM and Kroll Investigative Services:

The Crisis Response Team consists of the following:

If You Suspect a Breach

In the event you suspect a breach, either through paper form or electronic, please take the following actions:

Please remember —the Crisis Response Team and the associated services are provided at no cost to your school or parish. The Office of Risk Management is available should you have any questions or concerns regarding these services, or if you need assistance in implementing any of the above steps.